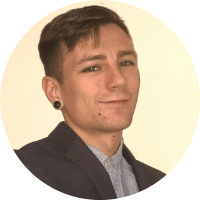 AI Marketing made simple, will show you the latest strategies on how to build and create an AI employee worker that works hard for you!

The boom was happening my friend! This is AI Marketing made simple with AI Employees!

Let's jump into it my friend, the first thing we ask ourselves is what is artificial intelligence?

Okay, so it's saying here that artificial intelligence is nothing without human intelligence! It takes a human being to go ahead and program the machine, to work in a way that they would work!

The reason why we would want to leverage ourselves using artificial intelligence is... because well in business you know it can be pretty demanding, right?

You always have something to do... or people calling you on the phone while you're trying to get work done and time just keeps slipping away!...

365 days a year seven days a week, without asking for a day off. pay rise. time off Sick, holiday pay any of that stuff... Complaining... and they will just work for you really. really hard every single day! Not taking any time off!

Create this kind of system using artificial intelligence! I'm going to share it with you!

Creating an employee using artificial and employees are great, right? Well, maybe not all the time... Okay, so have you ever heard of the says "systems work and people fail" and this is kind of what this is.

We're going to build a system, for example, if you create a system in your business... you gave a person the system to work, the system... it'll probably work really well! Compared to, if you just said this is what you're doing go do it and figure it out themselves! If you give them a proven system that they can just work the system really hard

You want to create a system that works because people fail! Using artificial intelligence for internet marketing and business that is made up of systems! Marketing system, sales system, value delivery system! AI can be used in all these applications for your internet marketing business!

What we're going to look at today is building value pieces! For AI Marketing that you can plug into these systems, so you can almost say that artificial intelligence is like Lego blocks! They're not will work properly unless someone intelligently
pieces them together to make something great!

AI is useless with human intelligence! So you can see here there are lots of Lego blocks!

What we want to do is take each of these Lego blocks and piece them together until we have something great!

What kind of AI building blocks can we use? There are more than these basics of artificial intelligence for internet marketing! Some building blocks I use every day to utilize this AI strategy for marketing, sales and value delivery!

Remember, AI is nothing without human intelligence! Here are some building blocks that you can take and create an AI system for your internet business!

Some blocks that you can use are our videos, landing pages, sales pages, blogs, writing content, websites, emails, advertisements, offers and order forms... These are different building blocks! You can take a video and plug in your landing page and collect an email and name etc!

This is like a lot of LEGO pieces that you can plug together and create a system... A marketing system run by artificial intelligence! Okay, if you can be intelligent they plug these blocks together... You can create something great!

This is the world's tallest Lego block tower! This is what you can achieve when you keep piecing these blocks together, you can end up building a skyscraper that kisses the sky!

People from all around can see your skyscraper, they'll be like whoa this is really cool! You've built something awesome here! Here are just a few combinations, I'm going to say you can plug these together whatever way you choose for AI Marketing made simple! These are just some of the ideas I came up with to give you an idea!

How we can piece these blocks together to create an internet marketing system!

The first thing you can do is have ads like a little Lego block! The ads are bringing people to a landing page and that landing page is collecting emails! The emails send people to written blog with videos on them! The videos send and talk about going to the next step, which is the sales page! The sales page takes people to the offer and order form!

This is ultimate and just one of the combinations that you can do!

The next sort of combination you can do is have a written blog! Then collect people's emails and the emails send people to videos! The videos are on sales pages! This is another little system that you can make... there's no limit on what way you want to do this here!

Then another idea have a video on your landing page that collects emails! The email sends people to a sales page! This is another artificial intelligence system for your internet marketing business!

What we're going to be talking about now is creating a valuable piece!

A valued piece is a kind of like one piece that's like a little employee! It's an employee... an artificial intelligence employee that works free 365 days a year, seven days a week, 24 hours a day! Without asking for a day off a pay rise a lunch break and works really, really, really hard for you never get tired!

It's a system that you can feed with loads and loads of inputs and it's not gonna break! Okay, here is an example of a virtual artificial intelligence employee! Made up of some of these blocks!

You can see another combination taking the building blocks and plugging them together! Building an AI employee!

The first thing you can see is the video sales letter (VSL) at the top" that's one block! Then you've got written copy, sales copy this another block"! Then you've got an offer and you plug in that next block and that creates like a little artificial intelligence employee for you!

This is what you want to do! Take the different blocks and intelligently plug them together, to create an employee! That's gonna work for you, an artificial intelligence employee!

Let's dive into some industry leaders and show them show you their AI employees!

This is one of my mentor's web pages that he's created! It's like an employee that works for him, you can see here you've got the copy, which is that which is talking about that the main offer... The result that people are looking for, you've got a video like a person!

Showing and telling about what they need to know and how to go to the next step! Then you've got a little of the offer, so you can see how this page is pretty simple!

It's like an employee it's gonna work for him over and over and over again at scale and automated! It's a system that you can feed with loads of inputs it's not gonna break!

AI employee here's another example this is a video here it's got opt-in! That's the whole page. it just works around the clock 365 days a year, signing people up to get a free clickfunnels account!

Some buddy took their intelligence from the mind and got took these little blocks and plugged them all together to create this little AI employee online! that just works and then

Another example so I typed in Gary Vee this was what he had on his Instagram page!

It says let's see we send you tremendous offers daily you reply with how many units you want! It's got copywriting, an opt-in box to sign up and you can see how this would work as an employee just working signing people up every day!

Working for you that's a scale, automated and it's really really cool when you start to learn how to do this!

It says "do you want to co-invest with Tai and buy major American brands that are this distressed" headline up here it's got a video like an employee! It's got an opt-in box-like and offers you can apply!

So can you see how this is like an AI employee, that he went ahead and created for himself! It's gonna work show tell and Market his offer for him! Without him ever having to be there, doing the work every time!

This is the last example I want to share with you!

He's got a lot of different things going on here, can you see how is like a little employee that's gonna work for Chris around the clock! 365 days a year, seven days a week and it's like an artificial intelligence employee!

It's just gonna work for you!

This is what I wanted to share about AI marketing! Then how do we piece together these blocks to create an AI employee that works for you around the clock! 365 days a year, seven days a week! without asking them for a day off or pay rise even won't get tired of any of that stuff! "because systems work and people fail" my friend!

This is what I got for you! I hope you enjoyed it, I hope you learned a whole lot of stuff and I hope you're ready - yeah - to take action and start implementing these ideas that I've been sharing with you! ;-)

I'll see you at the next one! I hope you enjoyed this one peace!